When people co-operate, they can create opportunities to improve their lives and their communities.

The National Confederation of Cooperatives (Formerly known as National Association of Training Centers for Cooperatives or NATCCO) was formed by co-operators who believed that the task of co-op development lay primarily in the hands of the private sector. These leaders believed in self-help and in the idea that through co-operation, people can create opportunities for themselves to improve their socio-economic well-being.

The first co-op law was passed until the late 50’s, co-ops did not succeed because they were just government initiatives.

Co-op sector leaders were aware that in order to succeed they could not rely on government alone. Instead, co-ops had to be driven and patronized by their members and it is only through co-op education that this level of member patronage and responsibility could be established.

President Ferdinand Marcos declared Martial Law, abolished Congress, and drafted a new Constitution. Marcos issued Presidential Decree 175 in April 1973, “Strengthening the Cooperative Movement,” that required farmers to be organized into village associations called “Samahang Nayon”. Furthermore, all types of existing cooperatives were required to re-register and conform to the Samahang Nayon structure. The move created tension between the government – specifically the Martial Law regime – and the cooperative sector. Nevertheless, the co-op leaders complied with the Martial Law imposition. Despite that, some cooperators were suspected of being the “third rebel group” and were jailed under the Marcos Regime. The various “rebel groups” were the political opposition, the Communists, Socialists and Muslim rebels.

On April 1, 1979, the NATCCO joined the International Cooperative Alliance.

After the EDSA Revolution in 1986, President Cory Aquino ushered the 1987 Constitution that mandated Government to “promote the viability and growth of cooperatives as instruments of social justice and economic development.

On April 1, 1989, to meet the growing needs of co-ops, the NATCCO was transformed into a multi-service national co-op federation while the regional training centers became multi-service co-op development centers. The acronym NATCCO was retained and its meaning converted to the present “National Confederation of Cooperatives.”

In 1997, the cooperative leaders met in Caoayan, Isabela and formed the COOP-NATCCO Partylist, which ran in the 1998 elections, and obtained a seat in Congress. The Partylist has occupied two seats since 2009 and continues to safeguard the interests of cooperatives.

NATCCO joined the Association of Asian Confederation of Credit Unions (ACCU) on September 25, 2000.

After Strategic Planning by the leaders in 2000, the 2002 General Assembly resolved to conduct a study to restructure the Network from a three-tier into a two-tier organization.

The 2004 General Assembly approved amendments in the by-laws to shift from a three-tier organization or confederation, into a two-tier federation, with primary co-ops as direct members. Its core enterprise would be financial intermediation and non-financial services would become subsidiaries. Some federations that had formed, or joined, NATCCO, would leave in 2007. But NATCCO’s Transformation Journey continued. Growth in the following years was exponential, with the NATCCO assets reaching the P1B milestone just five years later. Products and services offered also grew, with the NATCCO Network offering financial services to members, enterprises, information technology, and a diverse curricula of training & consultancy offered to members to improve their operations and sustainability.

Microfinance Innovations in Cooperatives (MICOOP) was established in 2006. NATCCO has sofar established 119 branches all over the Philippine countryside. The program imparts a culture of excellence amongst cooperatives and brings co-ops – and much needed financial services -- tomore than 100,000 Filipinos in the countryside.

Aflatoun Program was launched in 2007, aimed at teaching youth on investment, children’s rights, and financial literacy in the cooperative set-up.

The NATCCO partnered with co-ops as conduits for the implementation of the Government’s flagship anti-poverty program, Conditional Cash Transfer. It has been implemented with about 100 co-ops in the National Capital Region, Regions 4A, 4B, 5, 6, 7, and 8. From 2014 to 2016, P 16.9 Billion has been released to CCT beneficiaries in 596 Municipalities. The number of Beneficiaries served peaked to 776,000 in 2015.

By April, 125 co-ops are participating in the Aflatoun Program, reaching 214,436 kids in 848 schools, generating savings amounting to P108.58 Million.

NATCCO leaders gather in Antipolo for the 2012-2017 Strategic Planning, in time for NATCCO's 40th or Ruby Anniversary.


Today, NATCCO is the biggest federation of co-ops in the Philippines, in terms of geographical reach, membership, financial capacity and array of services. It now reaches around 5.1 million individual members coming from 812 co-ops and NGOs. The 5.1 million individual members are served through 1,975 offices located in 77 provinces and 129 cities all over the country.  They are also served by more than 70 ATM branches of the Network.  The 812 cooperatives have combined assets of more than P150 Billion.

The NATCCO Network, in endeavoring to ensure the sustainability/viability of co-ops, invests heavily in Information Technology software, hardware, and services that co-ops can acquire and use at the most reasonable cost.  The key idea was to automate and standardize co-op operations.  eKoopBanker is NATCCO’s premiere financial software designed for co-ops, launched in 2005 and used by more than 250 co-ops today.

NATCCO’s latest offering is the KAYA Payment Platform, in partnership with the Association of Asian Confederation of Credit Unions and the Philippine Federation of Credit Cooperatives (PFCCO), where co-op members can transact using their smart phones anytime-anywhere, through ATMs, and over-the-counter.

The NATCCO still remains true to its commitment that education is the key to co-op development and offers Training & Consultancy in every area of co-op operations.

The core service of the NATCCO Network has been financial intermediation since 2002, when the Central Fund was re-launched.  Initial Deposits from co-ops amounted to P61.6 Million.  In 2004, Deposits reached P225.7 Million.  As of end-2018, Deposits stood at P2.26 Billion.

The Stabilization Fund System was launched in 2008.  Patterned after the Korean, Canadian and German models, the system provides inspection, supervision, diagnosis and financial assistance to prevent co-op insolvency.

Civil Society partners include The Partnership for Development Assistance in the Philippines (PDAP), Peace & Equity Foundation (PEF), Philippine Commission on Women, and Foundation for a Sustainable Society, Inc. (FSSI).

Affiliation with the Caucus of Development NGO Networks (CODE-NGO) is maintained actively.

The NATCCO Network is an active member of the Philippine Cooperative Center as the apex organization of co-ops in the Philippines, the Association of Asian Confederation of Credit Unions (ACCU) in Bangkok, Thailand since 1979, and International Cooperative Alliance (ICA) based in Brussels, Belgium since 2000.

The NATCCO Network is committed to help co-ops in achieving the ICA’s 2020 Vision as well as the United Nations 2030 Sustainable Development Goals.

With faith in God, We Adhere to:

As a Filipino I am and I believe in the Cooperative.

Alone I am weak, But with others I am strong.

So I commit myself to work To cooperate, for all to be prosperous.

Harmony, industry I will value. Cooperative affairs I will attend,

Responsibilities I will assume The cooperative philosophy I will live.

One vision,
One belief,
One feeling.

In cooperativism, my life I pledge,
So help me God. 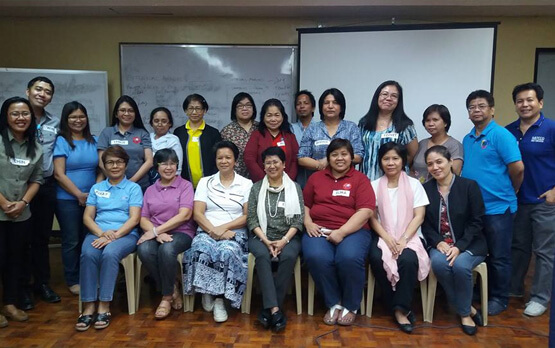 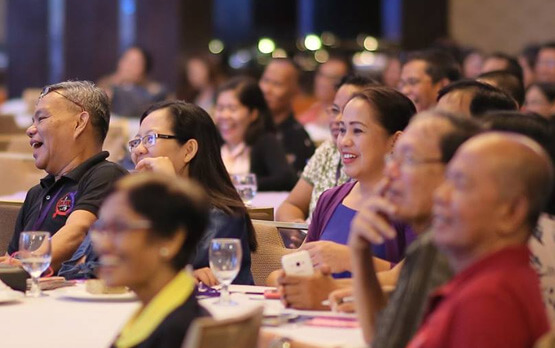 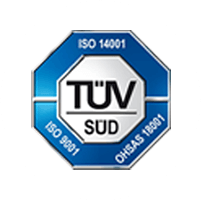